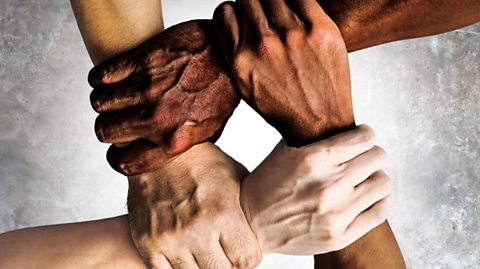 In an age of racial upheaval, the role of race in the U.S. has never been more relevant. As a country, we still use race to define our identities. Yet many of us continue to feel alienated from others due to the division of people according to race. In America, we have a long history of racial prejudice, and our definitions of race are constantly being altered to fit political priorities and the needs of corporations.

Many scholars have concluded that while physical characteristics are the most important components of human diversity, they do not define race. While differences in physical traits may be genetic, the social reality of race is often quite different. This is a problem, since it makes it impossible to understand and combat racism in a meaningful way. It is important to remember that the concept of race is a social invention. Hence, the salient characteristics of race emerge from the social consequences of its use.

The US Census determines the official racial makeup of the nation. While there is no biological basis for race, various groupings of people shape social reality. It also influences employment, education, and the justice system. By using census data to measure these differences, it is possible to build a comprehensive picture of the nation’s racial makeup. However, it is a challenge to poll a country as large as the United States.

In the late 17th century, European exploration and colonization initiated the idea of “race.” This concept was associated with differences between different human populations in the New World. This included Europeans, Africans, and Amerindians. As the 19th century rolled around, the idea of race was fully formed. Ultimately, race ideologies became the basis of social stratification. And despite these differences, the idea of race was born. With the end of slavery, the notion of race became a culturally acceptable mechanism of social stratification.

The division between races is often blurred. However, this doesn’t mean that race is a myth or biologically meaningless concept. Rather, the answer to the question of race is multi-dimensional and largely dependent on whom you ask. For the most part, we should stick to terms such as “White” and “European American.”

Ethnicity is not necessarily related to race. It refers to the social group that has similar physical characteristics and cultural traditions. While race is usually associated with genetic ancestry, ethnicity may be an inherited trait. In some cases, race is determined by cultural or social groups. Interestingly enough, people may share characteristics of more than one race. The truth is, racial differences can exist. So it’s better to stick to your own ethnicity.

Even though scientific evidence shows that humans are more alike than different, racism is still a prevalent issue. Yet, this evidence is often overlooked or misinterpreted, and misapplied to further racist agendas. To counteract this misrepresentation of science, it’s important to understand how scientists approach the question of race. And it’s not easy to be a scientist without knowledge of genetics. However, the benefits of genetically based DNA testing are well worth the time spent.